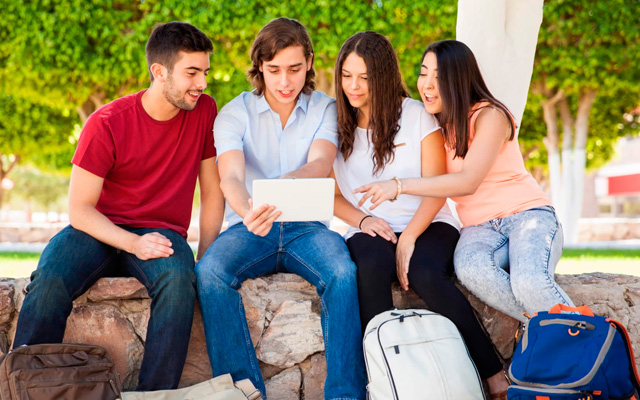 While 1.5 and 2.0 generation Hispanics are more often than not bilingual and bicultural, not all are bi-literate. This group learns conversational Spanish, but not all dominate the Spanish language when it comes to reading and writing; another fact that’s rarely revealed in data.

This group is comprised of hybrids, living a duality that few really discern. They experience an ongoing dilemma between the collectivism (Hispanic ethos) that they are raised with at home, and the self-reliance (American ethos) they are taught at school: often referred to as their conflicting ethoi. They live in two worlds, navigating back and forth depending on the moment, their surroundings, etc. And yet, they tend to be Sherpas: translating the language; interpreting the U.S. culture; demystifying new products and services for their foreign-born relatives and friends;  and, informing brand and purchase decisions at an early age.

In fact, if you review Simmons data and their Tipping Point Segments, Generation 2.0 Hispanics are more likely to be Salesmen and Connectors, when compared to Generation 1.0 and the general market. Salesmen are defined as persuaders who motivate people to believe or try things (influencers, if you will), and Connectors are defined as possessors of an extensive network of friends and acquaintances; they serve as links between people (which speaks to their sphere of influence as well). Generation 1.0 are most likely to be Innovators, when compared to Generation 2.0 and the general market. This makes a lot of sense since the act of immigrating itself is probably the ultimate act of innovation!

Finally, this bilingual/bicultural group is most likely to retro-acculturate at some point in their lives. Retro-acculturation means, simply, to return to one’s roots. Some may return physically and some, merely emotionally. Retro-acculturation is typically triggered by a key life event: purchase of one’s first home; birth of a first child; death of a parent, etc. Brands that know their customers and can predict retro-acculturation should leverage this knowledge to bond more closely with the consumer.

Example: An automotive dealer who has a 2.0-generation Hispanic customer upgrading to a mini-van because she’s having her first child. This customer is most likely going to go through this retro-acculturation process. Maybe when she goes into the dealership to pick up her car, the dealer has a CD of Spanish language lullabies loaded in the CD player.

Discerning these psychographics and in-depth consumer insights is critical to deliver best in class advertising that not only reaches, but touches these segments as well.