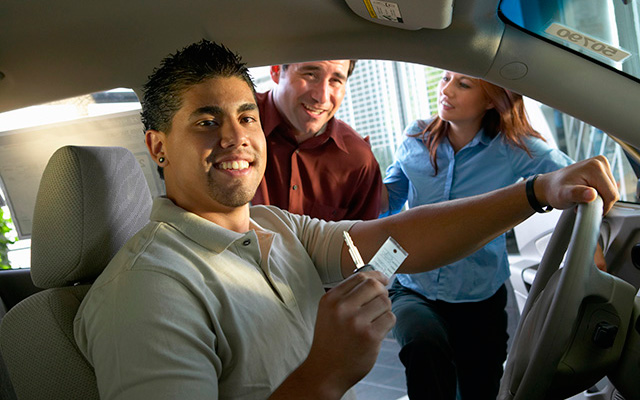 The Rise of the Hispanic Car Buyer: A Market Phenomenon

Every year, the Hispanic population grows by about one million people. Today, Hispanic consumers account for $27.9 billion in registered new vehicle transactions, representing 11% of the total market – an impressive figure and one that continues to grow.

Automakers are intensifying their pursuit of Hispanic car buyers for that reason: growth. In fact, many industry executives and marketing experts believe that Hispanic consumers could well be the auto industry’s leading growth engine for the next 20 to 30 years.

Total industry retail sales increased 5.9% last year, outpacing prior year results by 921,636 cars and light trucks. But retail sales to Hispanic consumers rose 15%, contributing more than 250,000 sales to that increase, according to IHS.

“You just can’t ignore it anymore,” says Fred Diaz, Nissan’s senior vice president for U.S. sales and marketing operations. “There are more than 50 million Hispanics and they’re driving growth. It’s going to become a bigger focus of what we’re doing.”

Honda officials met with dealers around the country last spring to emphasize the urgency of marketing to Spanish-speaking communities in their cities. Nissan recently helped some of its most successful retailers from Mexico open dealerships in major U.S. cities to improve the brand’s ties to Hispanic consumers.

Toyota has been ranked as the top-selling brand among Hispanic consumers for the past 10 years, according to Polk data. The automaker has created a dedicated corporate department — the Hispanic Business Strategy Group — to direct Toyota, Scion and Lexus to greater prominence among the Hispanic market.

“Hispanics purchased one of every four Corollas we sold in the United States last year,” says Pat Pineda, group vice president of the Hispanic Business Strategy Group in Toyota Motor’s New York corporate offices. “They bought one out of every five Lexus IS’s we sold.”

“People hear that and they say, ‘Do Hispanics have enough money to buy a Lexus?’ And that shows you how fast this is all changing. Even for those of us who are engaged in this space, we’re all trying to make sense of it and decide the best way to embrace what’s happening.”

In recent years, Hispanics have developed an appetite for luxury car brands like Mercedes-Benz, Lexus, Audi and BMW.

In fact, luxury segment purchasing growth among Hispanics has risen 16% from 2013 to 2015; compare that to just 5% growth among non-Hispanics over the same period of time. This shift in consumer behavior signifies an emerging trend: automotive buying power among Hispanics is on the rise.

For an auto industry that still holds to many practices and perceptions of decades past, the rise of Hispanic car buyers has been an astonishing market phenomenon.

Toyota’s campaign is taking automakers into some unfamiliar areas. One of them, Diaz acknowledges, is in how future advertising will be created.

Automakers spend most of their ad funds on what is referred to as “general market” advertising — meaning they use the familiar English-language content that Americans see on TV during an episode of “Dancing with the Stars” or in the pages of Sports Illustrated. But Spanish-language advertising has been a rapidly growing budget line for the industry.

In 2010, U.S. auto companies spent $497 million on Spanish-language media of all types to advertise. Last year, the spending topped $1 billion, according to Sara Hasson at Univision.

Hispanic marketing is becoming a key part of new-vehicle launch campaigns. Ford Motor Co. directed part of the launch funds for the redesigned F-150 pickup into Hispanic media. That can’t hurt: The F series is the top seller in America — yet among Hispanic consumers, it is outsold by the rival Chevrolet Silverado, according to IHS.

“We see that the U.S. Hispanic market is key to new-vehicle sales growth and will be central for our success over the next decade,” says Pineda of Toyota. “Latinos are the future.”