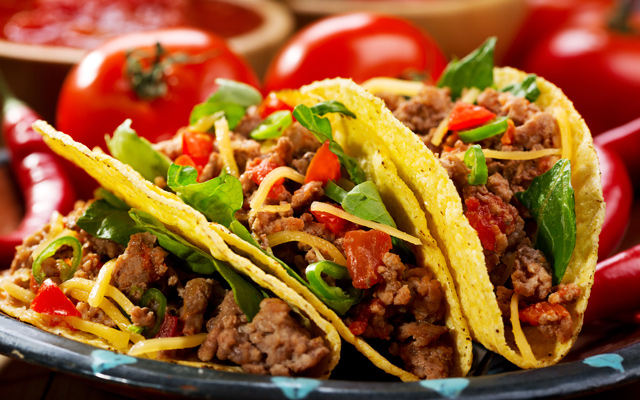 In Mexico, September is known as “Mes de la Patria” (Month of the Homeland) where we see all of Mexico join together as the country is painted red, white, and green (the colors of the Mexican flag).

Like in the U.S., Independence Day is a holiday full of parties. The celebration actually starts on the 15th, where kids usually attend only half day of school and throw a mini-fiesta complete with food stands, games and Mexican music. After work and school’s let out, celebrations traditionally begin in anticipation for the main event, “El Grito”, in the Zócalo. Whether celebrating with family or with friends, there is always a large dinner prepared first. The traditional foods most commonly served are pozole, chiles rellenos, tamales, chiles en nogada, and so forth. It is also a custom to drink agua de jamaica and agua de horchata. After dinner, the tequila drinking and piñata hitting that we all associate with Mexican fiestas begin.

After dinner, it’s time for “El Grito” where crowds of people meet in the gathering places of the cities and towns. The Zócalo’s are dazzled in red, white and green; people, flags, flowers and twinkling lights, while vendors are lined selling whistles, horns, face painting, sombreros, and anything in the colors of Mexico’s flag.

An important part of the celebration is food. Vendors sell finger food and restaurants celebrate with traditional fare. If you want to celebrate at home, there are a few typical foods you can consider.

Ponche (punch):  A common drink found during the celebration. It is created from different seasonal fruits, including guavas, raisins and apples and sweetened with sugarcane. The fruity drink has a strong aroma. (Click here  for a ponche recipe)

Queso Fundido (Mexican cheese fondue):  A melted cheese dip. It is made of a mild, white cheese that is cooked with garlic, lime and hot sauce. The lightly spicy cheese dip is served with chips or fresh tortillas for dipping. (Click here for a Queso Fundido recipe)

Candies:  Mexican candies are a popular food found at street vendors. Marzipan, an almond flavored sugar candy, is one type of candy you may find. There are other fruit flavored candies, the most popular being mango, guava and tamarind. Tamarind is a sweet and sour fruit often used in Mexican cultures. Mexican candies are often flavored with chiles to add a spice to the sweets.

Guacamole:  A popular dip made of mashing up avocados. Other seasonings are added, including onion and citrus juice. Depending on the chef, you may also find tomatoes or garlic in it. If you want the dip to be spicy, hot sauce or chiles can be added as well. (Click here for a guacamole recipe)

Menudo:  A traditional Mexican stew that is thought to be the perfect cure for a hangover. It makes a great dish to be served after Independence Day festivities, when hangovers may occur from heavy celebrating the previous night. This stew is made of stew beef, garlic, onion, hominy and tripe. (Click here for a menudo recipe)

As such a well-celebrated holiday approaches, it is also a good time to take a look at how Mexicans in the U.S. view their identity. A 2011 survey by Pew Hispanic Center found that 52% of Hispanics of Mexican origin usually describe themselves as “Mexican” or “Mexicano,” while 26% describe themselves as Hispanic or Latino, and 19% are more likely to say they are American. 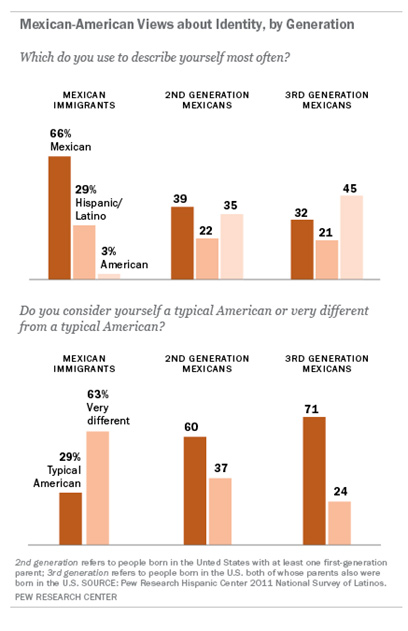